This saw the games launch a RED CARD campaign on the opening day of the season. The initiative is to have zero mercenaries engaging in the games which employees of the participating corporate companies MUST only play.

After nearly three years, Corporate Games Uganda made its comeback on Sunday, 10th 2022 with a new home.

Previously, the games were held at Mandela National Stadium but due to inevitable circumstances, Corporate Games relocated to Kyambogo University Cricket Oval as its new home.

There was relatively a lot to leave smiles on people’s faces on the opening day of the second edition of the games other than just the return of the games after a long time.

One of those is the fact that corporate games signed MoUs with new partners who joined the ever-growing professional games.

The games are played every first Sunday of the month, however, for this month (July), they were pushed to July 10, in respect to the Kabaka of Buganda who was celebrating his Birthday with a run on that day as the Corporate Games Chairman. 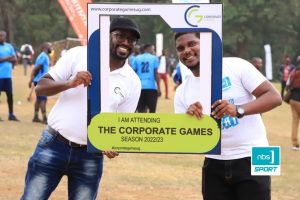 Numerous companies were seen making their debut in the Corporate Games and it was so evident that the games can only entice more companies to participate because of their distinctiveness and uniqueness when it comes to the use of Mercenaries.

This saw the games launch a RED CARD campaign on the opening day of the season.

The initiative is to have zero mercenaries engaging in the games which employees of the participating corporate companies MUST only play.

Ian Rumanyika said: “These games are strictly for Corporate organisations, and for only the employees of those companies. No mercenaries are permissible to participate in any company.

“Our objective is to guarantee that these Corporates can network and get to know each other. This is a huge platform where over 2000 participants come together from diverse sectors and companies meet, network and have fun,” he added.

In this new season, thirteen fun disciplines, including the newly introduced Kwepena (Dodge ball) will be contested by different corporate companies.

This was brought to the public attention by Ian Rumanyika while addressing the media at the Press Conference. 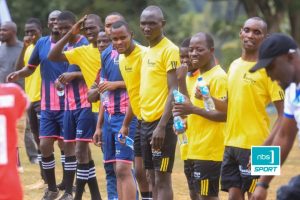 “Many Corporates have long asked us to add the Kwepena game, so we sat down with the team and decided to have it on board,” Ian stated.

Soccer, Volleyball, Athletics, Basketball, Woodball, Cycling, Chess, Darts, Target Shooting, Fun games like Tug of war, sack racing etc are the other disciplines that will be played this season.

Additionally, Rumanyika (Chairman, Corporate Games) signed an MoU with the different partners of the Games which he believes will create more visibility for the games’ members.

Nation Media Group was unveiled as a new partner and joins an exciting list of media houses already in Corporate Games Uganda as NBS Sports, UBC TV and Radio 4. 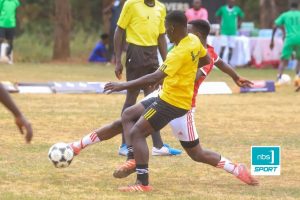 The door for other companies to register and be part of Corporate Games is still agape.

The subscription fee for each company is UGX five million. That gives you an opportunity to take part in all the games, and Corporate Games magazines among other privileges that include Media Coverage and an awards dinner at the end of the season.

The company must have at least more than 10 employees to take part in the games, must be registered with URSB as a Corporate Company Limited and also complies with the Government authorities like URA, and NSSF to mention but a few.

The next outing will be held on Sunday, 7th August 2022 at Kyambogo University Cricket Oval.

F1 to have tougher roll hoop tests after Zhou crash